Something that many people dream of is building their own home from scratch. However, this can be something that really makes big demands on a person, and as well as taking a lot of time, it can also put a strain on relationships, work, health and finances. If you have ever watched the television show Grand Designs you will have likely seen some examples of this, where ambitious building projects have taken their toll on the people that have started them. 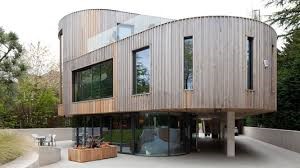 However, many people do still choose to take on this sort of challenge, with the hope of one day having their dream home that they can move into. There are also lots of ways that you can simplify the process and take out some of the stress. Something that has been becoming more and more popular, is the kit home. This is where you can design the home that you want, but then it is partially constructed elsewhere, and then delivered to site to be assembled. Timber frame construction is another example of this. 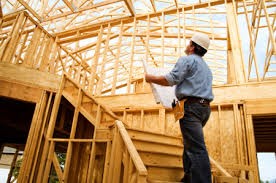 Because of the fact that this requires less work at the actual site, many people are opting for it as it can significantly reduce the amount of time that is spent building the home. Also, where much of it is pre-assembled in a factory, there are less likely to be any nasty surprises that crop up throughout the building process, making it a better bet for many.

If you are heading off on holiday this summer, you will want to go and have total peace of mind and relaxation. When leaving your home empty for a holiday, it is important that it is as safe as can be, as you don’t want to be the victim of a holiday burglary – here […]

Identifying potential trip hazards around the home is an important first step in making a home safer for an elderly person or loved one with limited mobility. These issues can be easily solved with a bit of preparation and a lot of thought. Many people tend to neglect tripping hazards when they are getting a […]

Hydroelectricity – A Renewable Energy Source that we Should be Exploring

Something that is one of the big issues at the moment is energy – the rise in energy prices, as well as the way that we obtain our energy, and how to generate energy that has less negative consequence for the planet are some of the main things that are on people’s minds a lot […]